Xinjing News (Reporter Jin Wei) Yesterday, Xu Kunlin, director of the Price Supervision, Inspection and Anti-Monopoly Bureau of the National Development and Reform Commission, revealed at the anti-monopoly briefing of the State Council that the anti-monopoly investigation against Qualcomm has basically ended. After the final communication, Enter the penalty procedure very quickly.

Qualcomm, a US smartphone chip maker, has been accused of charging unreasonable licensing fees in China for years, in an alleged monopoly. This has led to pressure on the Chinese mobile phone industry and increased the cost of consumers buying mobile phones.

Xu Kunlin said that in 2011, two American companies went to the NDRC to report to Qualcomm. Last year, some Asian companies and domestic companies reported Qualcomm's monopolistic behavior. After the NDRC's preliminary investigation and evidence, it decided to investigate the case.

In December 2013, the Anti-Monopoly Bureau of the National Development and Reform Commission officially launched an investigation into the alleged monopoly of Qualcomm. According to previous official announcements, Qualcomm’s alleged violations include binding standard-essential patents to non-standard essential patents, continuing to charge for expired patents, and bundling patent licenses with sales chips.

Yesterday, Xu Kunlin said that the anti-monopoly investigation against Qualcomm has basically ended. On the morning of September 12, the president of Qualcomm will make final communication with the NDRC and will soon enter the penalty procedure.

According to Xu Kunlin, he has met with the president of Qualcomm for the fifth time. The NDRC does not limit the time, place, and number of personnel when communicating with Qualcomm. The two sides have talked about seven games. The lawyers of Qualcomm are on the scene from beginning to end. It is not what the outside world said, "no lawyers are present." The NDRC even encouraged Qualcomm to hire the world's most famous lawyers to participate in the negotiations.

Up to now, the person in charge of Qualcomm has gone to the NDRC for communication four times. In the fourth communication, Qualcomm said it would “improve” the issues raised by the NDRC’s previously published investigations and “try to find a final solution”, which is seen as a signal that Qualcomm’s antitrust investigation is about to end.

The reporter failed to understand the amount of punishment from the NDRC yesterday, but according to industry analysts, Qualcomm’s ticket amount is “not too small”.

On September 10, Paul Jacobs, chairman and CEO of Qualcomm, appeared at a forum in Tianjin Summer Davos in 2014. When asked by reporters about the “anti-monopoly investigation”, he said “no comment”.

However, Paul Jacobs is full of confidence in Qualcomm's future in China. He said that Qualcomm currently has cooperation with more than 90 companies in China, which represents the determination of Qualcomm's innovative development. China's future semiconductor, biomedical, 4G and other aspects have greater room for innovation.

Lu Hao, director of the China National Internet Information Office, who also participated in the 2014 Summer Davos, said at the forum, “There are data that Qualcomm has earned more than $24 billion and half of its profits come from China.”

Qualcomm executives responded to Lu Wei at the scene. "The development space here is very big. The future potential is very big. It should be a situation in which Qualcomm and Chinese companies and Chinese consumers win together. I also hope that this kind of win-win situation. Can continue in the long run." 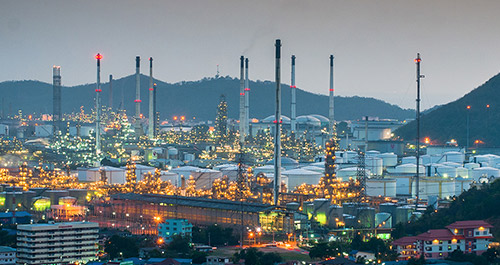