In July this year, the State Council issued guidance on advancing the “Internet Plus” initiative, clarified the development goals for the next three years and ten years, and proposed 11 key actions. The “13th Five-Year Plan” proposal announced recently re-emphasized “implementing the 'Internet +’ action plan”. During the "Thirteenth Five-Year Plan" period, "Internet +" will accelerate development in various industries and fields, which will help to form new kinetic energy for economic development and promote a new economic structure. The information and communication industry should further support "Internet +" as a major strategic task, accelerate the penetration and integration of business with various industries, and give full play to the powerful driving force of "Internet +" for economic and social development.

During the "Twelfth Five-Year Plan" period, when life is added to the Internet, quality is different from now on - online shopping, online banking, online merchants, crowdfunding, public creation, crowdsourcing, dazzling; Didi, fast, sly, special, express And by the way, innovation is endless. The phenomenon of old loans running into banks, shopping into shopping malls and buying tickets and queues has become an "old normal." The changes around us make people feel that in economic and social activities, as long as they “add” to the Internet, they will add fairness, increase efficiency, and add coziness and ease.

Not only that, the Internet's contribution to China's economic growth has increased significantly, ranking the top in the world. In 2014, the Internet economy accounted for 7% of GDP, which exceeded the United States. The scale of online retail transactions reached 2789.8 billion yuan, ranking first in the world. According to the National Bureau of Statistics, 22% of new demand is generated by online shopping, 53.7% of online shopping users increase consumer spending, and 48.4% of online shopping users will further increase the proportion of online shopping consumption. The number of online booking tickets, hotels, train tickets or holiday products reached 230 million, a year-on-year increase of 5.3 times. The daily order volume of mainstream taxi software exceeded 10 million.

"Internet +" has made farmers in remote mountainous areas taste the sweetness. Dadu Ma Village, Zhangye Horseshoe Tibetan Township in the deep Qilian Mountains of Gansu Province, has built a special experience museum of “Tibet Township E-commerce First Village” on the Internet in recent years. It has sold plateau yak and wild mountain goods to both home and abroad, and solved the problem that has been plagued for many years. Get rid of poverty. The data shows that in 2014, there were 211 “Taobao” villages with an annual transaction volume of over 10 million, and the total number of “Taobao Village” in the country was about 70,000. Wang Xiangdong, director of the Information Science Research Center of the Chinese Academy of Social Sciences, believes that the "Internet rural e-commerce" almost perfectly solved the last mile problem of building a well-off society in a remote mountainous area.

As an upgraded version and new form of informatization, "Internet +" is infiltrating the innovation of the Internet into various sectors of the economy and society. The “13th Five-Year Plan” proposes to mention Internet finance, smart grid, online environmental monitoring system, cross-border e-commerce, education informationization, telemedicine, population basic information database, and social governance system supported by informationization. One is not to meet the requirements of the "Internet +". It can be said that whether the "13th Five-Year Plan" can fully achieve a well-off society can achieve a decisive victory, relying greatly on the depth, breadth and achievements of the "Internet +" development.

Responsible for supporting the intelligent transformation of industry

"Internet +" is a profound phenomenon of integration and innovation. The combination of the Internet and the manufacturing industry is reshaping the competitiveness of enterprises and changing the global industrial structure. The Industrial Internet of the United States and the Industry of Germany 4.0 are representatives of the wave of “remanufacturing” in developed countries. The common feature is the use of information technology to realize the intelligent transformation and upgrading of the industry.

China has established the "three-step" strategic goal of manufacturing a strong country, and intelligent manufacturing will be the main direction of industrial transformation and upgrading during the "13th Five-Year Plan" period. China is a big manufacturing country and a big Internet country. The Internet and manufacturing industry have a broad space for integration. With the help of Internet technologies and concepts, it is possible to achieve interoperability and efficient collaboration between manufacturing companies, users, smart devices, global design resources, and the entire industry's full value chain, and create a new model of data-driven intelligent manufacturing. Shanghai Industrial Cloud Public Service Platform brings together hundreds of manufacturing resources in the fields of automobile, civil aviation and steel to provide services such as cloud design, cloud simulation and cloud manufacturing, and improve the level of intelligence in the field of production collaboration. In recent years, construction machinery manufacturing enterprises such as Sany Heavy Industry have relied on cloud computing, big data and other Internet technologies to improve service capabilities, predict fault risks in advance and provide corresponding solutions to achieve on-demand proactive services and improve product service. Intelligent level. Pig Bajie.com provides a service trading platform through the Internet “crowdsourcing”, with 13 million registered users, serving nearly 3 million small and medium-sized enterprises, and improving the intelligence level of production service transactions as a whole.

It should be noted that the current Internet service still focuses on the user experience. The focus of innovation is mainly on the consumer side rather than the production side. There is still a deep gap between the Internet gene and the manufacturing culture. During the “Thirteenth Five-Year Plan” period, the information and communication industry should accelerate the integration and penetration of “Internet +” manufacturing industry and “Internet +” SMEs, and meet the needs of industry and industry with innovative networks, technologies and applications, and integrate its own characteristics. Industrial genes make a greater contribution to supporting the transformation of smart manufacturing.

At present, China has become the second largest camp for global Internet application innovation. With the help of search engines, social networks, e-commerce and other portals, a number of "Internet +" integrated application platforms are emerging. Since the beginning of this year, with Tencent as the representative, Internet giants such as BAT have successively introduced more than a dozen industry solutions covering commercial, agricultural, real estate, automotive and other industries, and launched an open service platform for smart cities. Local governments and Internet giants continue to sign contracts, and third-party partners have settled in. It is reported that Tencent Cloud Open Platform has gathered more than 5 million developers.

Driving "Internet +" requires building different types of platforms. At present, China Telecom has 300 data centers in the country, serving nearly 40 million government and enterprise customers, and has long focused on serving the medical, education, logistics and other industries. China Mobile has built data service centers in Beijing, Guangzhou, Hohhot, Harbin and Guiyang to support large-scale cloud computing services. It now has a fairly high storage capacity and export bandwidth. China Unicom has a solid foundation for packaging and opening basic telecommunications capabilities, computing power, storage capacity, development capabilities and operational capabilities to provide a variety of different types of application integration services. Experts pointed out that with the accelerated popularization of 4G and ultra-broadband, operators should do more to accelerate their own Internet and build an "Internet +" enabling platform while fully completing the task of speeding up and reducing the network.

At present, some telecom operators have initially proposed a new positioning for "Internet +" enablers and enablers, and also launched a number of platforms, applications and services combined with the Internet, but can really bring significant benefits to users and themselves. It's not very common. Telecom companies only have network channels, lack of application portals, are good at telephone (mobile phone) account operations, are not familiar with network account operations, only push the network business, and the reality of rare cross-network services, seriously restricting the way to give their own capabilities to the real economy. method. During the "Thirteenth Five-Year Plan" period, building a high-quality intelligent pipeline and building a "Internet +" powerful enabling platform is a new mission facing the transformation and innovation of telecom enterprises. How to summarize the experience and lessons of engaging in information services over the years, transforming internal advantages into the ability to fully open up to partners, and building a win-win "Internet +" ecosystem through openness and aggregation will be a long-term issue. 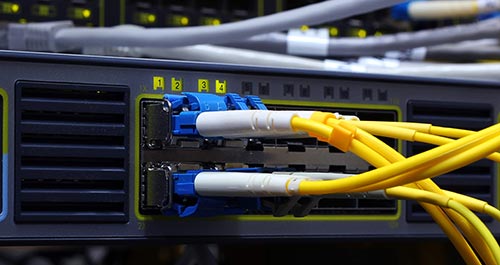 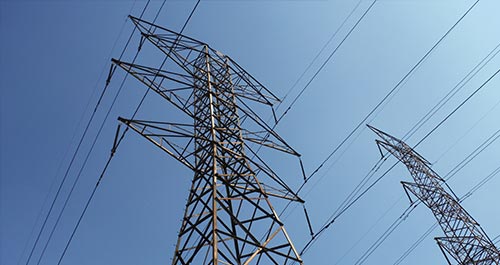